Raman spectroscopy is a non-destructive molecular analysis technique that, without taking samples, allows for the direct identification of the pictorial materials that artwork is made of and it is mainly based on focusing a laser on the surface area and collecting and detecting the emitted or dispersed light from it. In this way, a spectra is obtained, called Raman spectra, that works like a fingerprint, characteristic of the material illuminated by the laser. This obtained Raman spectra are compared with what we have collected in a database and that belongs to previously analyzed standard pictorial materials. This comparison allows us the identification of the corresponding pictorial material to the Raman spectra (Figure 1).

Figure 1. Identification of an unknown pigment from the comparison of its Raman spectra with one stored in a database of standard pictorial materials. 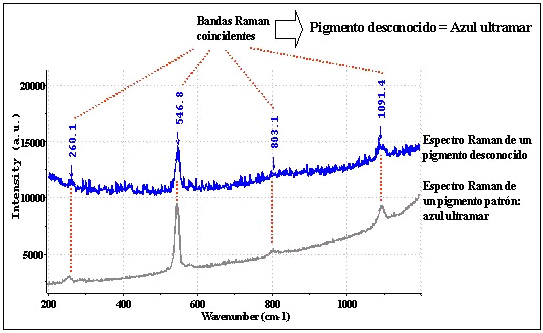 Figure 2. Raman equipment used in the analysis of the works.

Figure 2 shows the block diagram of the system used for the analysis of the works. Broadly speaking, its operation is as follows. It consists of three interchangeable monochromatic light sources (He-Ne laser at 632.8 nm, Ar laser at 514.4 nm, and I.R. semiconductor laser at 785 nm) whose output is guided through the excitation optical fiber. The objective of the optical head is to focus this light on the area to be analyzed and collect the scattered light (Raman signal) by the collecting fibre. This fiber guides the scattered light to the monochromator where it is spatially, and spectrally separated. The CCD detector converts the optical intensity into electrical intensity, collects the spectra and sends the information to the computer, which is also in charge of controlling the rest of the equipment. 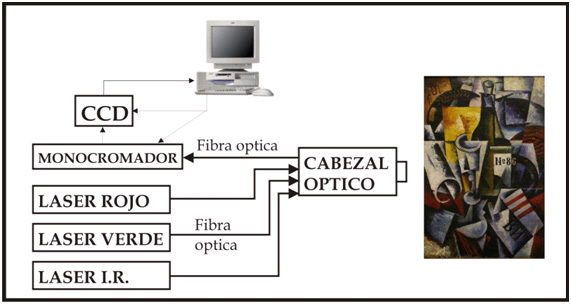