When El Greco was Doménikos 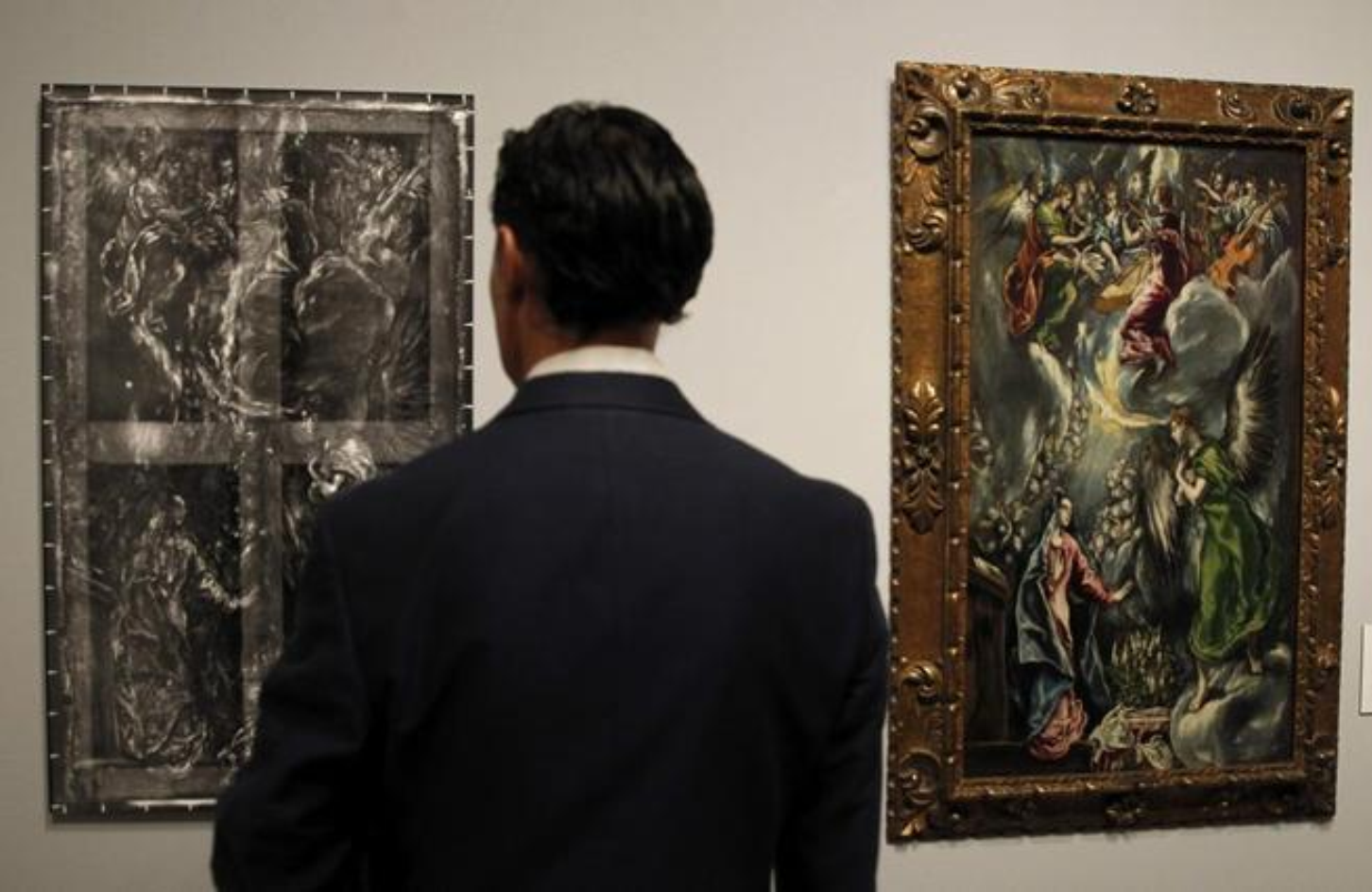 At first, he adjusted to the lines with zeal. Like a student who perfects the stroke of letters in a calligraphy notebook. But over time "he would break the profiles, the academic bonds, and will begin to enjoy" while executing his works.

Susana Pérez, a conservationist of the Thyssen Museum and member of the team that has carried out the technical study of four works by the painter, synthesizes the evolution of El Greco since he took his first steps in Italy, "constrained" by his artistic education, until " he began to be himself " when he arrived in Toledo in 1577. The gallery opens the exhibition ‘El Greco. From Italy to Toledo’s coinciding with the 400th anniversary of the artist's death.

Doménikos Theotokópoulos remained until the age of 26 in his native Crete, where he learned the Byzantine style. Later he settled in Venice and, after studying the work of Veronese, Tintoretto and Titian, he moved to Rome in 1570. He was welcomed by Cardinal Alessandro Farnese, whose 'palazzo' he worked and came into contact with numerous scholars and artists of the time. Years later, attracted by the news that King Felipe II was looking for artists to decorate the Monastery of El Escorial, he traveled to Spain. He was rejected but decided to settle in our country permanently.

“The Italian iconographic and conceptual influence” is especially seen in ‘The Annunciation’ (1576), the first of the oil paintings studied, points out Ubaldo Sedano, chief conservator of the museum. The composition of the underlying drawing and the execution of the brushstrokes, which methodically reproduce the sketch, show that El Greco's line responded more to the canons learned than to his creative desires. “The mere joint vision of these two paintings”, the oldest and the most ‘recent’, ‘The Annunciation’ and ‘The Immaculate Conception’, painted 30 years later (1608-1614), “tells us where it came from and what an immense leap he had made from the European Renaissance painting in which he had been trained “, explains the artistic director of Thyssen, Guillermo Solana.

Between one and the other, ‘Christ embracing the cross’ (1587-1596) and another annunciation, dated between 1596 and 1600, are exhibited. The metamorphosis of his technique is observed not only in the visible layer of the paintings, augmented with high- resolution photographs , but also in infrared images (which reveal the original drawing) and X-rays (which, in addition to ‘stripping’ the frame of the work, crossed by wooden planks and propped up with nails, allows to see the course of the brushstrokes).

The restorers point to several changes in the conception and execution of El Greco's works over the years: the faces evolve towards a more rapid imprint, with more marked textures; the treatment of the carnations gives way to a play of colors and stains made with glazes; the execution of the brushstrokes is increasingly loose and undefined, and the original drawing is lost. “The last years are the culmination of an unmistakable style in which the figures are lengthened and blurred with impressionist touches, a reflection of his intellectual and technical maturity”, can be read in the exhibition.

This initiative aims to give visibility to “the magnificent collection of 'Grecos' the Thyssen has, which goes a bit unnoticed”, said the chief conservator. Furthermore, it allows “to show the public those aspects of the studios to which they normally do not have access to” and which help to understand “the way artists’ wor”. The project follows in the wake of ‘El Paraíso’ (1588), by Tintoretto, whose restoration was made in full view to the public. In 2012, the museum installed a glass gallery in the hall of the building, after which the technicians worked for a year in full view of the visitors. The frame, which is five meters long and weighs more than 300 kilos, was returned to its original position in March last year.